In early October, I traveled to Kigali, Rwanda to conduct an ISTQB (International Software Testing Qualifications Board) Foundation Level course to forty-eight women who are part of Muraho Technology’s internship program. Muraho Technology’s mission is to create a new industry in Rwanda focused on providing world-class software QA and testing services to North American and European organizations. 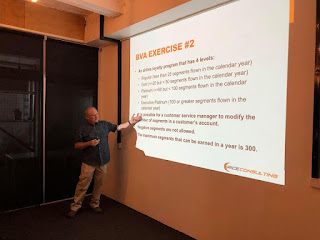 It was an amazing experience. I will say at the outset that while I was one of three lead instructors (the two other trainers were Mike Penick for agile and Cindy Tempel for QA project management), the credit goes to the Muraho team for setting the table for the training. Without their preparation and support during the training, facilitating such a large group would be a very heavy load.

In 1994, Rwanda experienced a brutal genocide as a result of civil war. In a period of 100 days, over 800,000 people were killed. After order was restored, the country was eventually able to “reset”. It is a remarkable story of forgiveness and struggle. I was able to learn about the story at the Kigali Genocide Memorial.

Today, Kigali is regarded by many as one of the safest and cleanest cities in Africa. Interestingly, tech start-ups are popping up all over. However, the unemployment rate is around 80%, which makes any job opportunity valuable to the residents.

The educational system has traditionally been based on rote memorization. Women in particular have experienced situations that were not supporting of learning at deeper levels, and in some cases placed obstacles in their efforts to successfully complete classes. So, weeks leading up to the training effort, dedicated effort was needed to build communication and critical thinking skills.
Muraho Technology and their Canadian sister company Iugowerx Global based in Calgary, Alberta, approach the challenge of job creation in Rwanda in a unique way by investing in the women’s desire to build their careers. The goal is to create over 1,000 new jobs in QA and testing. Muraho Technology is engaged in a joint initiative of the Germany government’s GIZ, the Private Sector Federation and the ICT Chamber in Rwanda. There is also interest from other countries as well.


As Muraho Technology's CEO, Dan Munkittrick states, "We have designed industry tailored training which includes job readiness through competency-based learning.  We have designed our learning approach to a growth mindset.  We strive to empower these women to become the next leaders in companies, as well as in Rwanda." 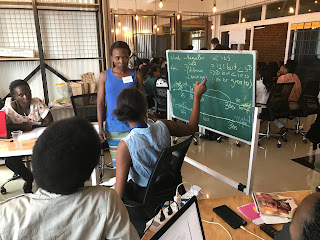 ISTQB Foundation training is typically presented in a three-day or four-day timeframe. We spent five days, with the mornings focused on presentations and the afternoons devoted to hands-on computer-based exercises. This is a model I plan to introduce to the USA very soon for companies that want to provide a true bootcamp immersive training experience with hands-on computer-based experiences on actual applications.

The class was formed of 6 teams, with eight women in a team. I have been teaching software testing for 30 years and I can’t recall ever experiencing a training experience where the people were so engaged and functioned as true teams.

What I saw were teams (not groups) that truly cared and supported each other. If one person struggled in an area, the team was there to support them.

Muraho chose the American Software Testing Qualifications Board (ASTQB) as the exam provider because of the exam quality and the orientation toward western scenarios and language. They were also able to take advantage of the ASTQB's Volume Purchase Program of exams.

Being a member of the ASTQB board of directors and an accredited training provider, I was able to facilitate the process of exam acquisition and administration.

After the 5-day course and my departure to teach Advanced Security Tester Certification in Eindhoven, Netherlands, the class prepared an additional four days the following week by taking sample exams, then carefully deconstructing the questions and answers. Those who scored high enough on the sample exams were allowed to sit for the actual exam. The majority of those taking the exam passed! 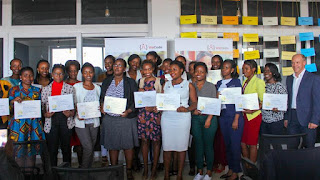 All forty-eight women graduated the program!

Some of the individual stories were inspiring and humbling. One lady walked 90 minutes each way every day to attend class – not just for the week I was there, but for the entire curriculum of training. Another rode on the back of a motorcycle 90 minutes each way every day. Another lady contracted malaria during the week I was there and had to be sent home to get treated and recover. Thankfully, she did return and complete the program.

On the final day of the class, the ladies presented Mike Penick and me with beautiful wood carvings and a kilo of Rwandan coffee (which is awesome). It was very humbling to think that these ladies each contributed out of their lack to show their appreciation. That experience really touched me. 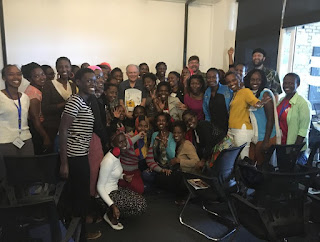 Thursday afternoon, we really worked hard on test design and how it could be applied to an actual software application. However, some concepts weren’t quite clicking.

Friday morning, we took another shot at it. One of the big challenges was finding relevant examples to which the ladies could relate. Friday afternoon, we did a major exercise where the teams went through the entire testing process from test strategy to test planning, analysis, design, implementation, execution, reporting and closure. This time, the results were excellent in all the teams.

Then, we repeated the process on a new version of the application as a regression test. Once again, we had success.

At 4:55 p.m. on Friday, we were tired, brains were full and it was time for me to say farewell.

As I was addressing the ladies, I wanted them to know the learning curve they just achieved.  I had not planned my remarks, and the words just came out, “Ladies, welcome to the profession of software testing!” 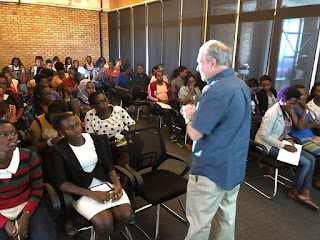 Their response was overwhelmingly happy and I was glad to know they had successfully performed the software testing process on a live application – twice. Just to put it in context, on Monday, we were performing their very first test that was mainly exploratory. 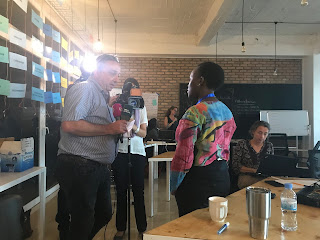 Throughout the week, we had dignitaries and news crews visiting to see what was happening. Everyone that observed the training knew that something unique was happening. I was happy to be a part of it.

A couple of weeks later, Dave Stevens interviewed me for the ASTQB podcast to discuss the training. His final question was, “Do you plan to return?” The question kind of caught me by surprise and I was rather unsure really how to answer it. I was a little non-committal. However, the question really got me thinking, “Yeah, Randy, what will you do?” I realized that I was in a unique place, in a unique role, for a purpose.

Another question I am asked is, “What do you get out of this?” Yes, I received some compensation for the training and expenses, but it is far less than I would receive in any other training. It takes around 50 hours each way to travel the Kigali, so it’s not an easy trip, either. However, the greatest gain is the joy in serving and seeing how it can change someone’s life. For me, there is a spiritual motivation as well. I feel this as part of my calling in life.

How You Can Help

As I have been tell this story, people have been asking me, “How can I help?”

Please take a close look at the picture below. You will notice the poor condition of the computers
these ladies are using for training. To be successful in their careers, they need better computers. 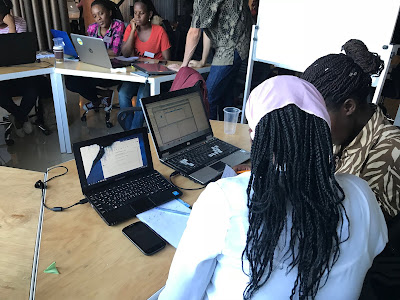 I have started a gofundme page to raise the funds to buy 50 new laptop computers for Muraho Technology to provide to the ladies with a level of control to ensure the computers are used for the intended purpose. And, that’s just the start. We will need many more computers. A gift of any amount will help change the life of one of these ladies. I also appreciate the sharing of the page to spread the word. If you are able to help – Thank You!

Posted by Randy Rice at 1:59 PM No comments: