For those of you who have attended my classes and tutorials, you know I have been a big fan of CTE-XL to create test cases with classification trees. This tool has been provided in a free version and pro version by Berner-Mattner in Germany.

In the most recent version of CTE-XL, 3.1.3, the vendor has made virtually every feature except drawing a tree (which you can do with many other free tools) a "professional" option. The pro version is 1,250 Euros per node-locked user, plus VAT. So, the free version is worth what you pay for it. Is the pro version worth the cost? Probably, if you are going to use it a lot and don't plan to deploy it to a lot of users. My issue is, why bother with a "free vs. pro" option if the free version gives little idea of the concept of the tool, which is test generation? 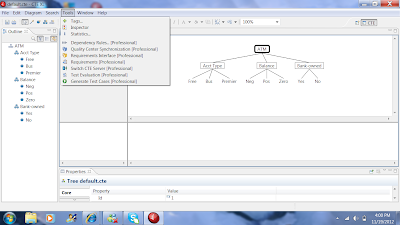 So, it was good while it lasted. For those of you with prior versions installed, stay with them.

Just as an example, here is a tree created in an awesome, free tool called yEd:

You can't generate test cases with yEd, but you can't do that anymore with CTE-XL, either. At least with yEd you can also create flowcharts, UML models and many others.

In the meantime, I am looking for a good developer and others who would like to join in an effort to develop a similar tool to stay in the Free category of test case generation tools. If interested just comment below.

Join Us in Supporting Relief Efforts for the Northeast 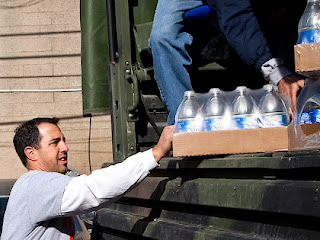 In Oklahoma, we have experienced the devastating impact of natural disasters, especially tornadoes. Each time we have had a major disaster, people from the Northeast were here to help us. Members of the NYPD and NYFD were here to help after the Murrah Building bombing. Also, the Red Cross and Salvation Army were here for months afterwards in these disasters.

Now it's our turn to return the help.

We are making an initial donation, but ask you to join with us either directly at:

or by enrolling in an online e-learning course. We are donating 10% each week for all e-learning enrollments. Please understand this is not a sales ploy. It's just our way of helping by sharing what we earn.

Randy
Posted by Randy Rice at 8:30 PM No comments: