Special on ISTQB Foundation Level e-Learning - This Week Only!

I just wanted to let you know about a special offer that is for this week only.

Before I go into that, I want you to know why I'm making this offer.

First, I know that many people have stretched training budgets and have to make every dollar count.
Second, I have over 15 e-learning courses in software testing, but the one that I thinks covers the
most information in software testing is the ISTQB Foundation Level course.

The reason I conduct and promote the ISTQB program is because it gives a well-rounded framework for building knowledge in software testing. It's great to get your team on the same page in terms
of testing terminology. It also builds credibility for testers in an organization.

ISTQB is the International Software Test Qualifications Board, a not-for-profit organization that has defined the "ISTQB® Certified Tester" program that has become the world-wide leader in the certification of competences in software testing. Over 336,000 people worldwide have been certified in this program. The ISTQB® is an organization based on volunteer work by hundreds of international testing experts, including myself. You can learn more at www.istqb.org and about the ASTQB (American Software Testing Qualifications Board) at www.astqb.org.


I think e-Learning has the best results in preparing people to take the ISTQB Foundation Level exam because you have time to really absorb the concepts, as opposed to trying to learn everything in 3
or 4 days. Plus, you can review the material at any time. That's hard to do in a live class. I have seen people score very high on the exam after taking this course and it gets great reviews.

For this week only, Monday, Sept 22 through Midnight (CDT) Friday, Sept 26th I am running a special offer on ISTQB Foundation Level certification e-learning training. If you purchase the 5-team
license, you get an extra person at no extra cost - exams included!

So, if you have been thinking about getting your team certified in software testing, this is a great opportunity - an $899 value.

In addition, if you order a 5-team license or higher, I will conduct a private one-hour web meeting Q&A session with me in advance of taking the exam. Your team also gets access to the course as
long as they need it - no time limits!

All you have to do is use the code "ISTQB9922" at checkout time. You will be contacted for the names of the participants.

Payment must be by credit card or PayPal.

To see the details of the course, go to
http://riceconsulting.com/home/index.php/ISTQB-Training-for-Software-Tester-Certification/istqb-foundation-level-course-in-software-testing.html

To learn more about the e-learning program, go to
http://riceconsulting.com/home/index.php/Table/e-Learning-in-Software-Testing/.

To register, go to https://www.mysoftwaretesting.com/ISTQB_Foundation_Level_Course_in_Software_Testing_p/istqb5.htm

Any questions? Just respond to this e-mail.

Act fast, because this deal goes away at Midnight (CDT) Friday,
Sept 26th!

Thanks!
Posted by Randy Rice at 2:34 PM No comments: 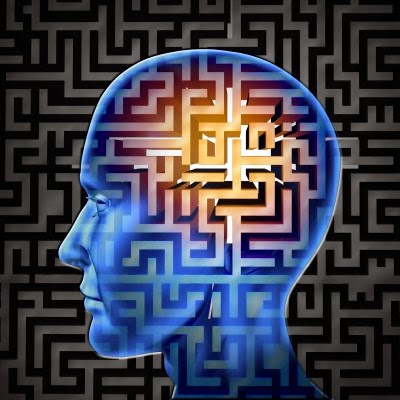 I interact with thousands of testers each year. In some cases, it's in a classroom setting, in others, it may be over a cup of coffee. Sometimes, people dialog with me through this blog, my website or my Facebook page.

The thing I sense most from testers that are "stuck" in their career or just in their ability to solve problems is that they have closed minds to other ways of doing things. Perhaps they have bought into a certain philosophy of testing, or learned testing from someone who really wasn't that good at testing.

In my observation, the current testing field is fragmented into a variety of camps, such as those that like structure, or those that reject any form of structure. There are those that insist their way is the only way to perform testing. That's unfortunate - not the debate, but the ideology.

The reality is there are many ways to perform testing. It's also easy to use the wrong approach on a particular project or task. It's the old Maslow "law of the instrument" that says, "I suppose it is tempting, if the only tool you have is a hammer, to treat everything as if it were a nail."

Let me digress for a moment...

I enjoy working on cars, even though it can be a very time-consuming, dirty and frustrating experience. I've been working on my own cars for over 40 years now. I've learned little tricks along the way to remove rusted and frozen bolts. I have a lot of tools - wrenches, sockets, hammers...you name it. The most helpful tool I own is a 2-foot piece of pipe. No, I don't hit the car with it! I use it for leverage. (I can also use it for self defense, but that's another story.) It cost me five dollars, but has saved me many hours of time. Yeah, a lowly piece of pipe slipped over the end of a wrench can do wonders.

The funny thing is that I worked on cars for many years without knowing that old mechanic's trick. It makes me wonder how many other things I don't know.

Are you open to other ways of doing things, even if you personally don't like it?

For example, if you needed to follow a testing standard, would that make you storm out of the room in a huff?

Or, if you had to do exploratory testing, would that cause you to break out in hives?

Or, if your employer mandated that the entire test team (including you) get a certification, would you quit?

I'm not suggesting you abandon your principles or beliefs about testing. I am suggesting that in the things we reject out of hand, there could be just the solution you are looking for.

The best thing a tester does is to look at things objectively, with an open mind. When we jump to conclusions too soon, we may very well find ourselves in a position where we have lost our objectivity.

As a tester, your greatest asset is an open mind. Look at the problem from various angles. Consider the pros and cons of things, realizing that even your list of pros and cons can be skewed. Then, you can work in many contexts and also enjoy the journey.