What Mythbusters Can Teach Software Testers 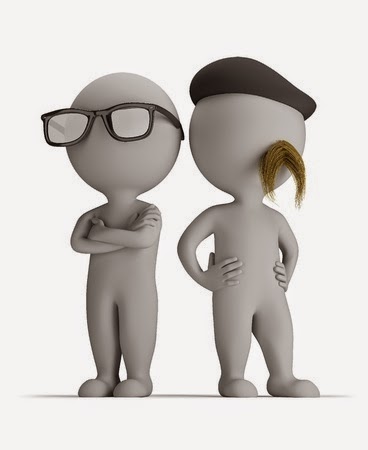 I hope you have all had a great Christmas and New Year. Normally at this time of year I write a posting about goal setting, reflecting on the past year for lessons learned or something similar, which are still important things to do.

I thought for this year, let's go for "Now for something completely different."

Between all the bowl games and Christmas movies on TV, the Science Channel has been showing a Mythbusters marathon for last couple of weeks. That, my friends, is a lot of episodes - more than I could ever take in. But I have enjoyed watching a few of the episodes.

I often refer to the Mythbusters show when explaining session-based testing in some of my software testing classes and workshops. Mythbusters is a perfect example of how to set-up a test, perform it, then evaluate the results.

However, in watching several episodes back-to-back, some clear trends emerged that I have not previously related to what we do as software testers.

You don't see the written plans, but believe me, they are there. Of course, you have the episode script, but there is much more going on behind the scenes. The crew has to get all the resources in place for the show. Some of the resources get expensive. In one episode I counted eight cars destroyed. Then you have explosives, the permissions to use the explosives, chemicals, the permission to use dangerous chemicals, special cameras and other devices. The list could go on, but the point is that those items, just like the items you need for testing, do not just magically appear. It takes planning.

It is impressive how each of the Mythbusters collaborate and get along. They may disagree on some things, but each one is committed to letting the test tell the story. They ask for input and feedback and it's refreshing to not see the drama that plays out in some of the "reality" shows.

When it comes to things beyond their scope of knowledge, the Mythbusters bring in a subject matter expert to evaluate the test results.

The Mythbusters are fanatics which it comes to measuring what they do. Not only do they measure things, but they are careful to take good baseline and control measurements BEFORE they perform the test. If the Mythbusters can measure how much pressure it takes to get candy away from a baby, we can measure what we do in testing.

It appeared to me the total test time broke into:
I think a starting point for testers is to measure as a percentage of effort your testing tasks require, based on varying levels of test complexity.

The Mythbusters define what they expect to see either confirmed or busted. In fact, they know what constitutes "confirmed" or "busted" and what the measures must be to support the findings. It's at this point the viewer gets the clear impression that these guys practice science. Personally, I also practice testing as a science, not a guessing game or a diversion. However, the popularity of the show is that they have made science (and testing urban legends) fun and entertaining. I wonder if we could do that in testing?

This is the challenge for testers. We get to blow stuff up also, but not in a physical sense. Let's face it, a system crash is not as exciting as a car crash (Unless the system you are testing operates a car, but we won't go there...). So, how do we make software testing exciting and perhaps even entertaining?

By the way, if you haven't seen my video of testing a mobile phone radar app during a tornado, that was exciting! But, like the Mythbusters say "Don't try this at home."

The best answer I can give for this is to start thinking about testing software like the Mythbusters think about their tests. Create a challenge and build some excitement about confirming or busting ways that the software should work. You may not get to see a literal explosion, but you may make some people's heads almost explode in frustration when they see that really bad defect (I mean showstopper, dead-in-the-water, kind of defect) the day before the release is supposed to go out.

Some companies hold "bug bashes," but in my experience, most of the problems reported are either superficial or not actually a problem. The issues are often misunderstand of how the application should work. In one case, we held a bug bash at a company with customer service reps performing the tests. Over 200 issues were logged over a 4-hour period. 3 of the issues were actually confirmed defects!

Contests are fun, but be careful. Don't make the contest about who finds the most bugs. You will get a lot of bug reports and some of the better testing may be the tests that find few, but important, defects.

Perhaps a contest for the "Bug of the Week" or "Most Humorous Bug" (Hint: error messages are great places to look for humor) might be interesting. I would love to hear your ideas on this. I would also love to hear any things you or your company does to make testing exciting.

How's that for your New Year's challenge?

Now, go bust some of your own software myths!
Posted by Randy Rice at 4:12 PM 2 comments: