Software Testing Careers - Should I Stay or Should I Go? 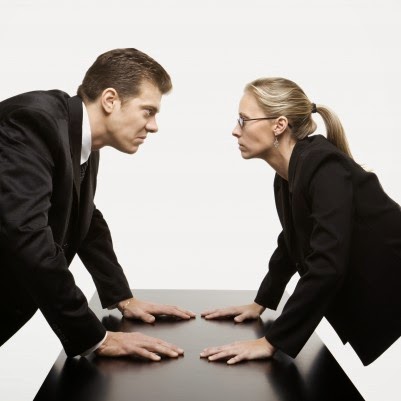 At the recent Better Software Conference, I really enjoyed a presentation by James Whittaker in which he gave some keys to succeeding as a tester, or any career, for that matter. The short list is:
1. Ambition
2. Passion
3. Specialization
4. Imitation of mentors
5. Re-invention
6. Clairvoyance - Keep abreast of the industry. Read!
7. Leadership
8. Find your "super powers" (Things you do really, really well)

That got me thinking about this topic again, because my passion is to help people have better lives, not just be better testers. If you are a great tester stuck in a bad company, working for a clueless boss, etc., then you will be miserable. That leads to an unhappy life everywhere outside of work. Believe me, I know.

It also caused me to rethink things I have taught in the past - especially the idea that you can thrive even in a dysfunctional environment.

Some of you reading this are fortunate to be in a great company, working for a great manager and most days are sunny. However, I talk with thousands of testers every year and I think the great majority of them are in frustrating situations.

One of my most popular "lightning talks" is "Ten Proven Ways to Demotivate Your Team." I included those slides as an opener for my keynote at StarEast 2014. Instead of being funny, I think it evoked serious feelings. I guess that's how stand-up comedy works - sometimes the material works and sometimes, it bombs.

After the StarEast session, I had several people pull me aside to ask me how to deal with their dysfunctional workplace issues. So I decided to write here about some ways to survive terrible workplaces and go on to thrive in your career.

I really thought about these points and got feedback from others in the QA and test profession. Their consensus was the same as mine.

1. The main thing is that you must see yourself as a free agent. The idea that a company will take care of you until retirement died about 25 years ago. You have to develop yourself, invest in yourself, and be prepared to work in many situations - like a sports player or a musician can go from team to team or band to band. Unfortunately, corporations have destroyed trust by outsourcing and reorganizations that have devalued people and the value they bring to the company.

2. It's one thing to have a bad manager, but another to be in a company that has a terrible culture. The problem is that even if your manager leaves or gets fired, you are still in the same cesspool as before. No matter how the team structure changes, you are still in a no-win situation. Even if you became the new manager, you will be up against the same people who make the same bad, misguided policies as before.

3. You are responsible for developing your own skills. It's sad, but too many companies don't want to invest in their people when it comes to training or skill building. They are a) tight-fisted with money and b) afraid that people will benefit from the training by leaving the company afterwards. This just shows that management knows the culture is bad, but they don't care enough to fix it. Or, they don't want to take the risk to take a few positive steps, like training.

4. You have to know "when to hold them, know when to fold them." Leaving a job has risks, just as taking a job has risks. Try your best to do your home work by talking to current employees you may have access to. It's not a sign of failure to leave a job. In fact, sometimes that's the only way to get ahead. Just be careful to not appear as a "job hopper." That can be a career killer. When explaining to a prospective employer why you are considering a new position, you want to stay on the positive side. It's risky to be critical of your present situation. You can say that you feel that your skills and talents are being underused and you feel like you can make a greater contribution someplace else. Back when I had a "real job" I took the high road and thanked the employer I was leaving. That paid off.

I think I have a nomination for the worst treatment ever. It happened recently to one of my sons who had just taken a new job and got married. The company gave him an expensive gift - worth about $300. While on his honeymoon, they fired him (He didn't find out until he opened his mail upon returning home). Then, they deducted the cost of the gift from his final paycheck.

There are no perfect answers on this issue. You have to carefully consider the options, but just keep in mind that toxic environments will eventually wear you down. As much as we like to say we can separate work life from personal life, it's practically impossible to do because we are emotional beings.

Do yourself a favor and build a career, not a job.

I hope this helps and I would love to hear your comments.