Join Me in Rome for Software Testing Courses in November 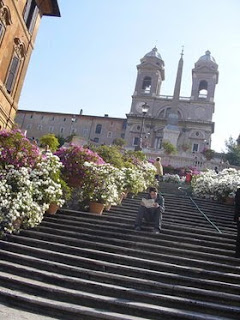 For those of you in Europe, or anyone interested in visiting Rome and attending a testing class, here's your chance. On November 16 - 20, I'll be presenting two popular courses:

Just click on the links above for more information and to register go to www.technologytransfer.eu.

Randy
Posted by Randy Rice at 4:46 PM No comments:

Here's a great deal, especially for those of you reading this in Europe. Last year, I won a conference pass to this year's EuroStar Testing Conference to be held in Stockholm, Sweden.

I can't use the pass this year, so I have placed it up for auction on eBay. The starting price is $500 and the auction lasts for 10 days. So, if you are looking for a great deal on a great conference, here's your chance!

Randy
Posted by Randy Rice at 11:53 PM No comments:

I'm not one of those Mac users who downplay the problems just to make the Mac look better than a PC! There is a major problem with Snow Leopard that everyone should be aware of. Under Snow Leopard when you log into a guest account, you lose all your data. I think this may have happened to my son. All I know is he lost everything, too. Here is a full account of the problem from Computerworld:

So...if you have upgraded to Snow Leopard, keep making those backups and don't log in to a guest account! Oh, and to Apple...fix it!!! I can see the new Mac vs. PC commercials now (of course, it would need to be a parody since Apple won't make an ad where their guy just disappears!).
Posted by Randy Rice at 8:51 AM No comments:

I'm returning home from StarWest 2009 and found some time to blog as we are delayed out of Orange Country airport by about 3 hours.

It was a good conference. I was glad to see a higher attendance than at StarEast this year. In fact, the conference had a good feel for the week attendance-wise. It makes me hopeful that the economy is coming back.

There also seemed to be quite a few international attendees and people from the central and eastern parts of the U.S.

My Monday tutorial on Becoming an Influential Test Team leader went well and the two track sessions (one on Cheap and Free Test Tools and the other on Making Your Defects Pay) seemed to go well also. It's always great to meet new people and hopefully provide some helpful information.

It was also great to connect with friends. I really enjoyed Lloyd Roden's keynote on Top Testing Challenges. He and I approach the challenges from different perspectives, mine from a survey basis and Lloyd's from an observation perspective, but I really have a lot to think about from his session. I have been working a lot with test metrics lately and Lloyd's thoughts on making metrics meaningful and accurate is one that we should all take to heart. Everyone talks about test metrics, but few understand the work it takes to define them for a particular organization. I'll blog more about that later.

I also enjoyed Julie Gardner's session on test environments. Very few people tackle that topic in a conference setting and she did a good job on striking a balance of covering the topic without getting too specific.

I heard several people say they had a hard time deciding which sessions to attend. To me, that's the sign of a good program. It seemed that people were picking up lots of good testing tips and techniques.

The vendor expo was pretty well attended by vendors and attendees. Once again, another hopeful sign of an economic recovery.

So, I give the conference high marks. Kudos to SQE for a great conference.

On my free day, Tuesday, Janet and I went to a taping of the Jay Leno Show, but got there a little late. So, instead being part of the studio audience, we got to watch the outdoor segment where Tim Allen raced a Ford electric car. That was fun. We were just a few feet away from Tim and Jay and we were on camera, too. Last year, Jay waved at us at the stop light as he was one his way home driving his Arial Atom hot-rod.

Randy
Posted by Randy Rice at 7:22 PM No comments: