Update on May 20 Tornado 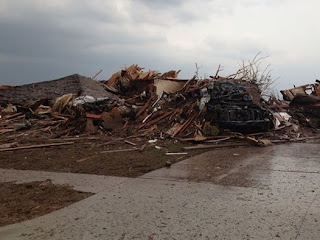 Thanks to everyone who has contacted me concerning the tornadoes here today. Thankfully, we were spared, barely.

I was at a client in OKC to attend at 2:00 meeting, which was canceled. It was looking stormy, so I decided to head home. About when I arrived home, the tornado sirens started to sound.

As the tornado approached, I was on the back porch watching it come directly toward us. Just like May 3rd, 1999 all over again. So, I hustled Janet and our two pugs into the car and drove north. We don't have a storm shelter (I think we will soon). The tornado took a turn toward the east, so no damage at our place. But, the loss of life and damage is terrible, especially the children at the school.

(This is a short video I shot from our car. You can see the tornado moving from the right of the screen to the left behind the Homeland store.)

Both our sons and families are fine, although had Ryan (our oldest) and his family not moved 6 years ago, they would have been wiped out and our oldest grandson would have been at the school where the 7 children died.

I don't what it is about Moore. It's like a tornado magnet. It's just really bad here right now. Your prayers are needed.

The people here are tough and resilient. We will rebuild and go on, but the loss of life is the worst part. 51 lives lost as of this writing.

Here are some more pictures:

This is the path of the tornado: 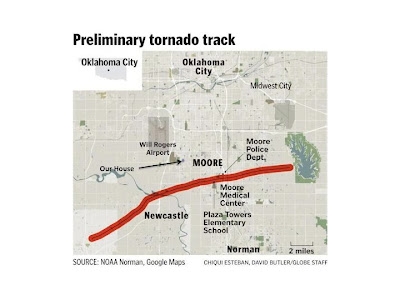 Here is what I was looking at on radar on my iPad when I decided it was time to bug out: 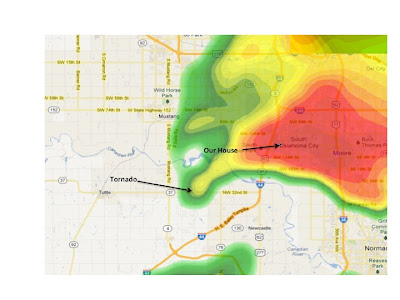 Here is a pretty dramatic picture after the first tornado. This is a second lowering. This didn't form into a tornado: 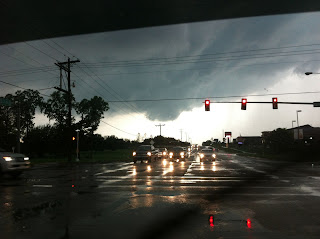